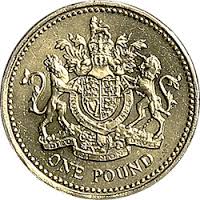 In this week’s Forex video I will be discussing three British Pound crosses. The three currency crosses referred to in this video are GBP/USD, EUR/GBP, and GBP/JPY. Each of the Forex pairs showed strength in the pound, this week after the higher court ruled that parliament has to vote on Article 50 before it could be enforced.

Will This Cause The Pound To Strengthen?

It’s unclear, at this time, if this news will cause the pound to continue to strengthen over the coming days. When we look at the price charts, it’s clear that there is plenty of room for the GBP to gain strength over the next few days or weeks. Now that there has been a news release that pertains to a court ruling regarding Article 50, traders can feel a little more confident about their upside bets on the pound. Keep in mind though news can change with each news release.

Do Margins Predict High Prices For The British Pound?

I want to point out that last week I noticed several Forex Brokers raised their margin requirements on the GBP crosses. The first few brokers gave their notice before the court ruling, and another did so after the higher court ruling. Why is this important? Well, before Brexit, brokers raised their margin requirement knowing that the potential for larger than normal moves in the Forex Market was likely. Now I can’t help but wonder if this is this the case once again. Just something to think about while we watch it play out. Another factor to keep an eye on is the United States Presidential elections on Tuesday. The elections may be part of the reason for the increase in margins.

Is The British Pound About To Run? “Forex Video”